Leyla De Silva Riley is Executive Director of the OC STEM Initiative, which is housed in the Henry Samueli School of Engineering at the University of California, Irvine. In this role she works to foster Orange County’s economic competitiveness and sustainability through promoting STEM competencies across the educational continuum through the creation of public-private partnerships between community stakeholders, including but not limited to K12 schools, higher education, industry, government and philanthropic foundations. Previously, Leyla was Director of Academic Innovation, Partnerships at UCI and Developed multiple programs focused on expanding project based and experiential learning opportunities for K12 and community college students. These programs centered on the growing maker movement and emerging technologies in the areas of fabrication and digital making. She has nearly 20 years of experience working with system wide and intersegmental outreach programs that promote student achievement and academic preparedness in STEM disciplines with a specific emphasis on increasing access for underrepresented student populations. Leyla has a Bachelor of Science Degree in Microbiology and a Master’s of Public Administration both from Arizona State University. 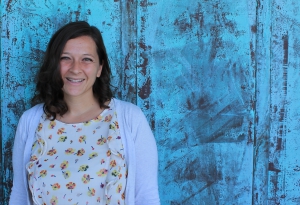 Suzanne Hill is a native of Orange County but has been spent the majority of her time working in out-of-school time programs in the Los Angeles area. Suzanne received her Bachelor of Arts degree in Global Studies with a minor in Sociology from Azusa Pacific University. During her time as an undergraduate, she volunteered and interned with community based, out-of-school time programs based in the greater Los Angeles area and Philadelphia. She also spent a semester interning with group homes and a local elementary school in Northern Thailand. Upon completing her undergraduate program she continued working in the out-of-school time field as a Site Coordinator for two different Los Angeles based programs. She most recently was the Program Manager overseeing 10 ASES funded program sites. Suzanne co-facilitated a Local Learning Community during the 2014-2015 program year. She is an active member of the BOOST Conference Leadership Team. Suzanne is excited about her return to Orange County and the work that is happening at OC STEM.